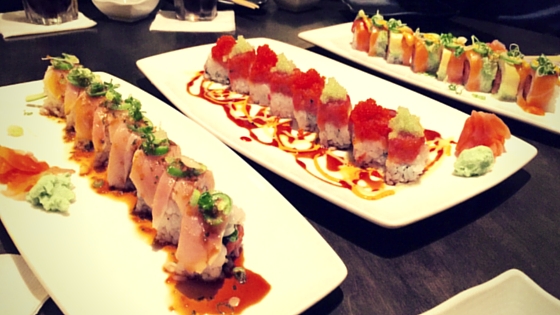 Japanese cuisine offers a unique taste that everyone deserves to try at least once. Even if you’re not fond of the idea of eating raw fish, such as in the case of their world-renowned nigiri, there are several other delicious plates and entrees to enjoy while at the local sushi bar. Our luxury apartments at Alexan 5151 stand close to the heart of uptown Houston, which means that you’re never too far away from an amazing restaurant or diner of any kind.

Sage 400 is a local Japanese cuisine restaurant highly-rated for its authentic Eastern flavor and its expansive list of sushi, sashimi, and other tasty treats. It’s located only half a mile away from our luxury apartments, close to the Houston Galleria, so you can walk to a nice table in under ten minutes. Start out your culinary journey with one of their succulent appetizers, such as their chicken yakitori, spicy edamame, miso avocado soup, or the Sage 400 salad with fresh salmon sashimi topped with wasabi mayo dressing. Afterwards, move onto their impressive entrees: enjoy over forty unique nigiri and sushi rolls, including squid, king crab, the Sage roll with spicy tuna, and the Phoenix roll with spicy escolar and shrimp tempura; or indulge in one of their hot plates like their wasabi spiked salmon, steamed Chilean sea bass, or yakimono from the grill. Pair up your meal with a savory red or white wine from their extensive list, or go more traditional with some hot sake.

Enjoy the best flavors from Japan here at Alexan 5151. Come see our luxury apartments in uptown Houston along with Sage 400 for your next sushi craving.